Uckfield Town Council has announced the winners of its competition for the best-dressed Platinum Jubilee window. Over 35 windows in the town were decorated for the Platinum Jubilee and over 150 votes were cast with ‘likes’ on Facebook. The Mayor Councillor Jackie Love and Deputy Mayor Councillor Donna French presented the winners with their award and certificates on Monday 20 June.

Rowland Gorringe took the top prize for its window showing photographs of Her Majesty The Queen across her seven decades of reign. In second place was The Flower Shop with its spectacular crown and in third place the wonderful red, white and blue display in St Peter and St James’ Hospice’s Home window.

Rowland Gorringe staff were presented with a specially engraved glass plaque. The idea for their window originated from Sales Manager, Mike Symons and the team worked together to make it happen.

The crown in The Flower Shop was created and put together by Vics and the volunteers at St Peter & St James worked together to build their window. Both were presented with certificates for their achievements.

Town Clerk Holly Goring said: “It was wonderful to walk the town centre to photograph all of the windows, and see the creativity of each of the businesses. Uckfield has always generated fantastic community spirit, and the colour and variety of the window displays to celebrate Her Majesty’s Platinum Jubilee, were particularly exceptional. It really added to the celebrations.” 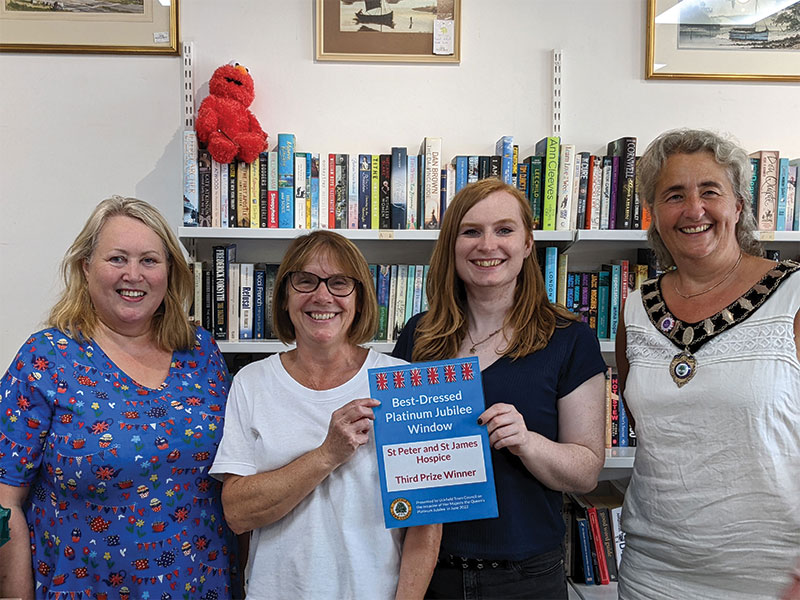 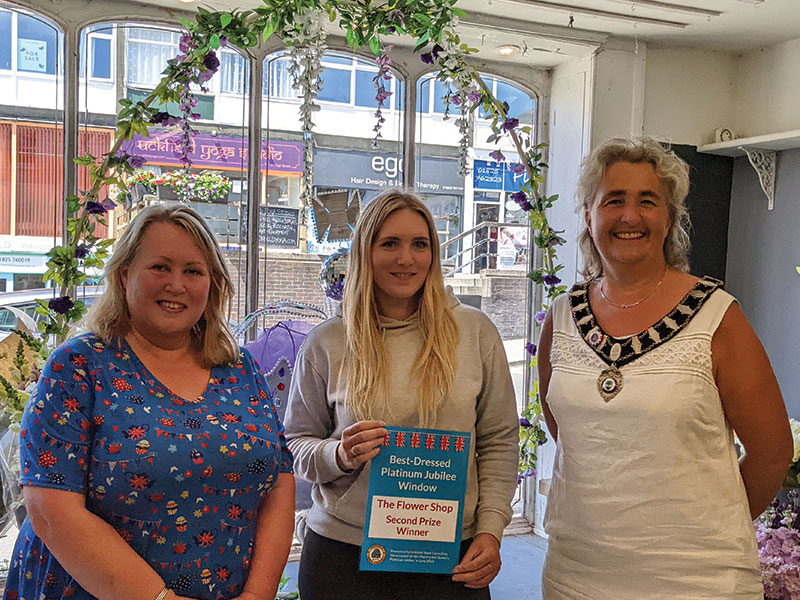 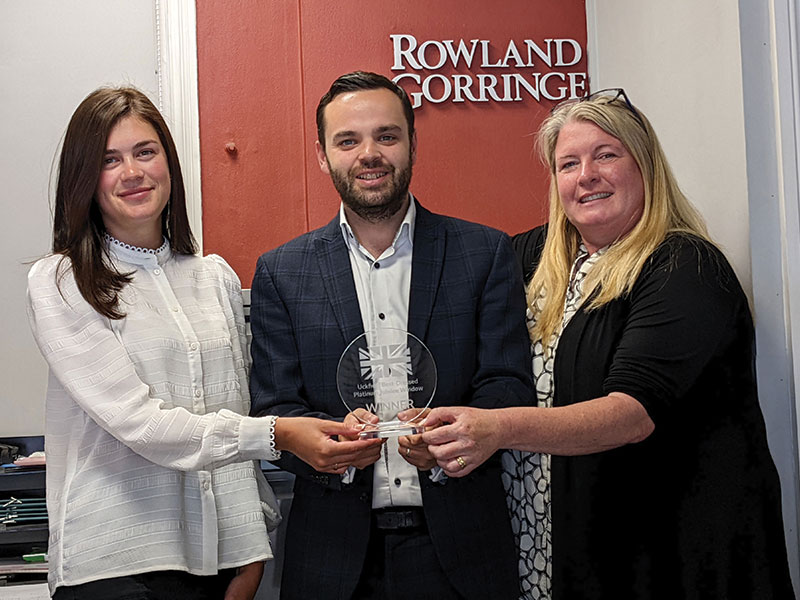 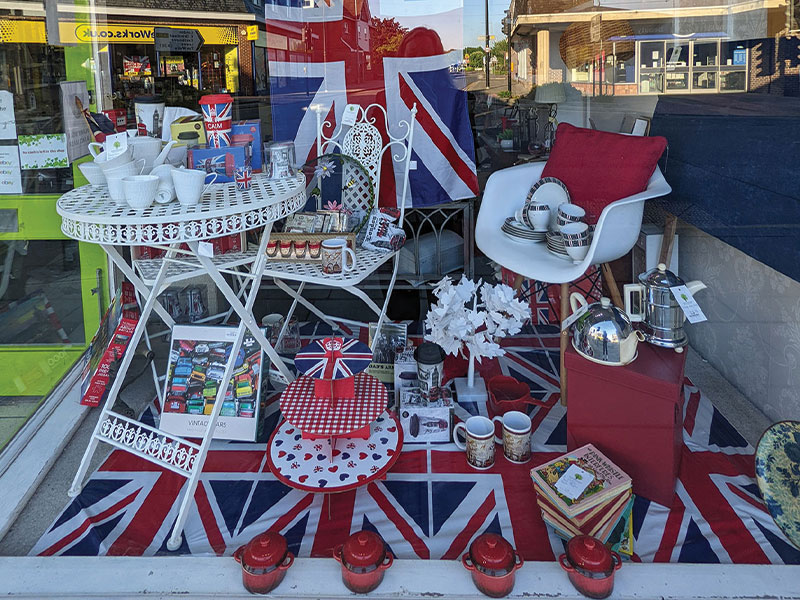 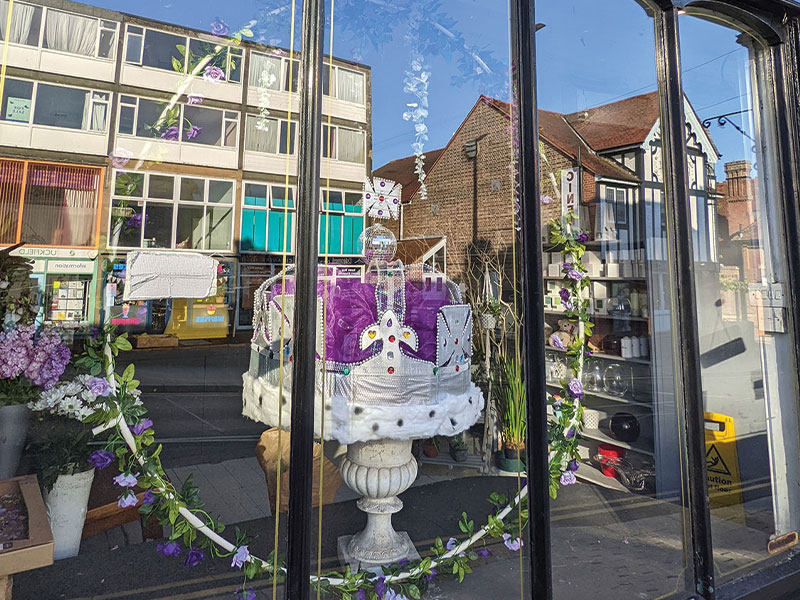