On the evening of the 28 November, Uckfield Town Council Mayor, Councillor Spike Mayhew presented awards to entrants of the annual Photographic Calendar Competition whose photographs were chosen to be included in the 2020 calendar, themed ‘Uckfield at Work, Rest and Play’.

Also at the presentation held in the Council Chamber of the Uckfield Civic Centre were fellow judges of the Competition; local photographer Ron Hill and Judith Stewart; Sussex Photographic Federation Judge.  The overall third, second and first place winners were announced during the awards presentation and each won One4all vouchers to the value of £20, £35 and £50 respectively. Unfortunately, the first place prize winner was unable to attend on the evening.

The Town Council also ran a social media competition for a ‘comedy caption’ for the photograph used for October, submitted from Julie Eiloart, and from this our judges chose the theme for 2021 as ‘Comedy Captions’.  More information will be available on this on the website in January 2020. 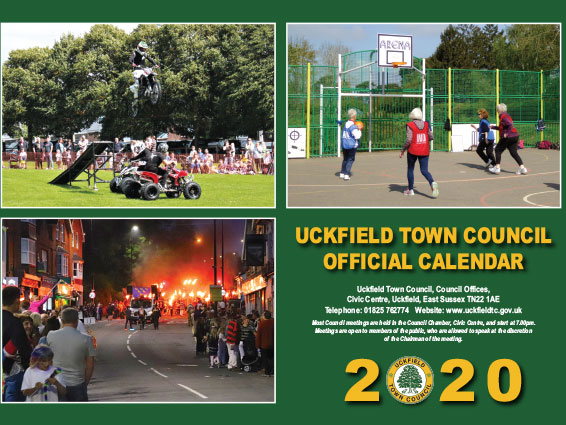 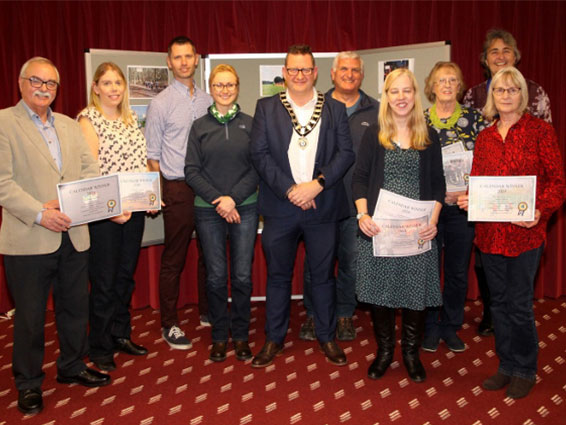 May – Uckfield Park Run in the rain at Uckfield Rugby Club

Look out for your calendar being delivered to Uckfield households at the beginning of December 2020!